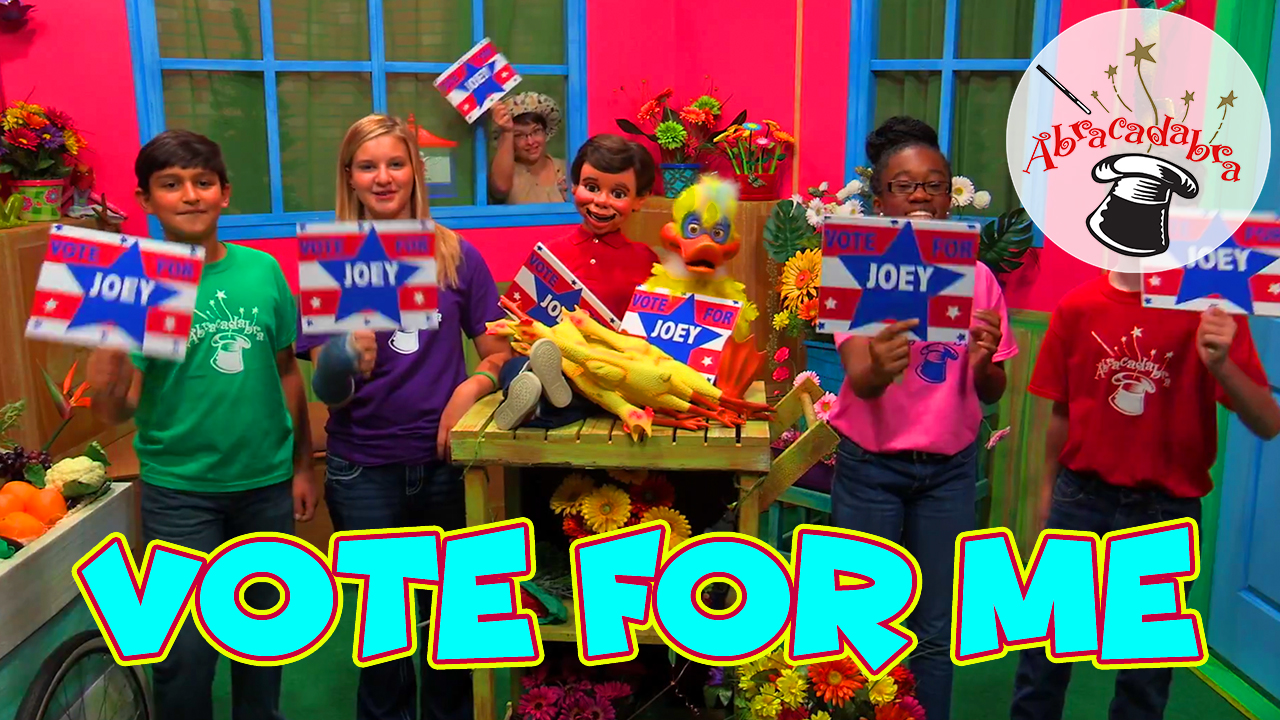 Joey is running for class president. He and the “Abrakids” want to run a campaign by making outrageous promises. At the same time, Daisy, Salty, Mr. Oops and Professor Science are running for city council. They, too, are making promises they can’t keep. Mike helps them realize that if you run for office, you need to tell the truth and make only promises you can keep! 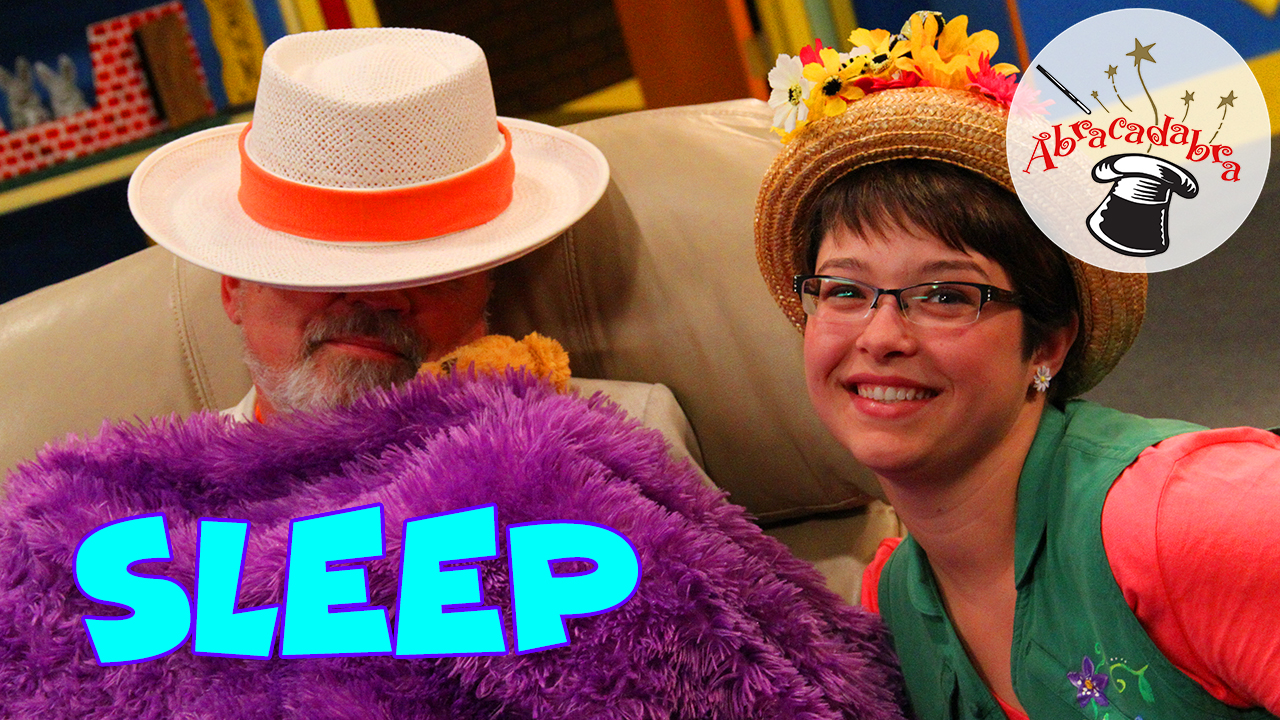 Mr. Oops has insomnia. Everyone tries to find a cure for Mr. Oops so he can get a good night’s rest. Joey invents a sleep hat that revolves so Mr. Oops can count sheep. Finally, Daisy sings Mr. Oops a lullaby and everyone falls asleep! 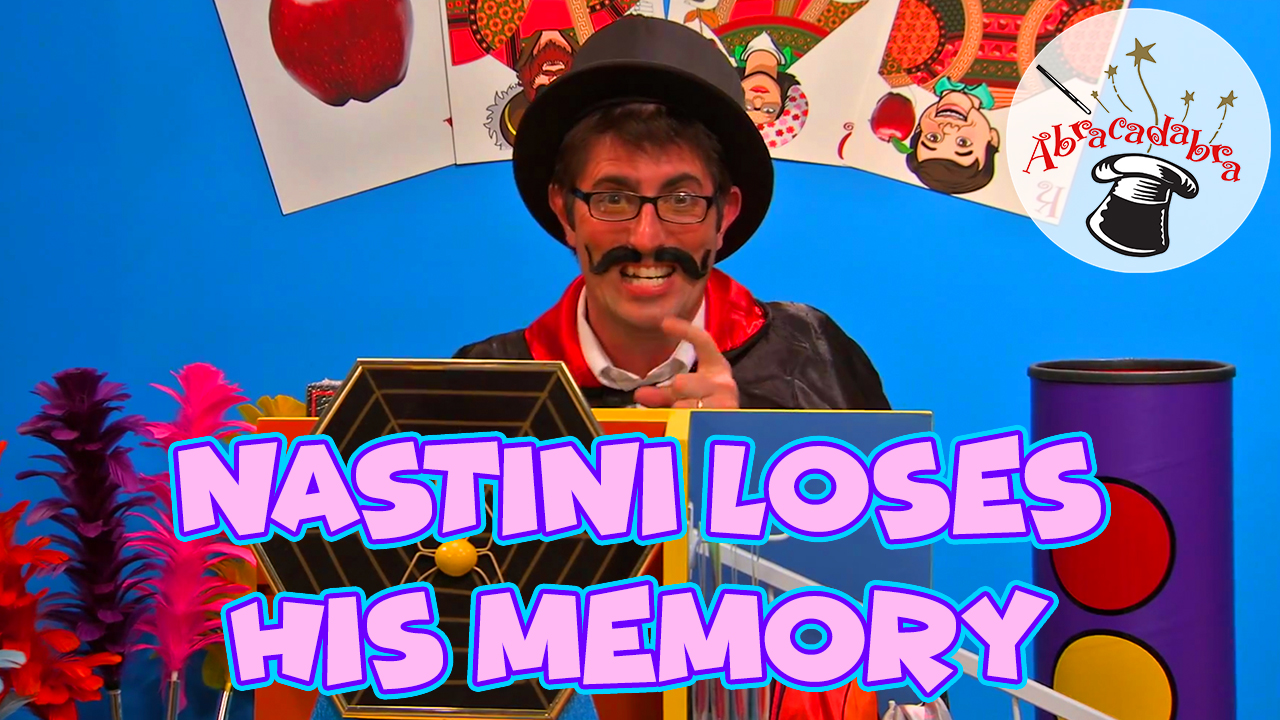 Nastini invents a memory-loss potion to spray on Mike. He hopes Mike will lose his memory and then he (Nastini) can take over the magic shop. Unfortunately, Nastini sprays himself and he loses his memory! Everyone takes advantage of his memory loss and tries to get Nastini to think he loves healthy foods. It almost works, but then the potion wears off. In the end, everyone learns you can’t make people change their ways, so you have to accept them for who they are. 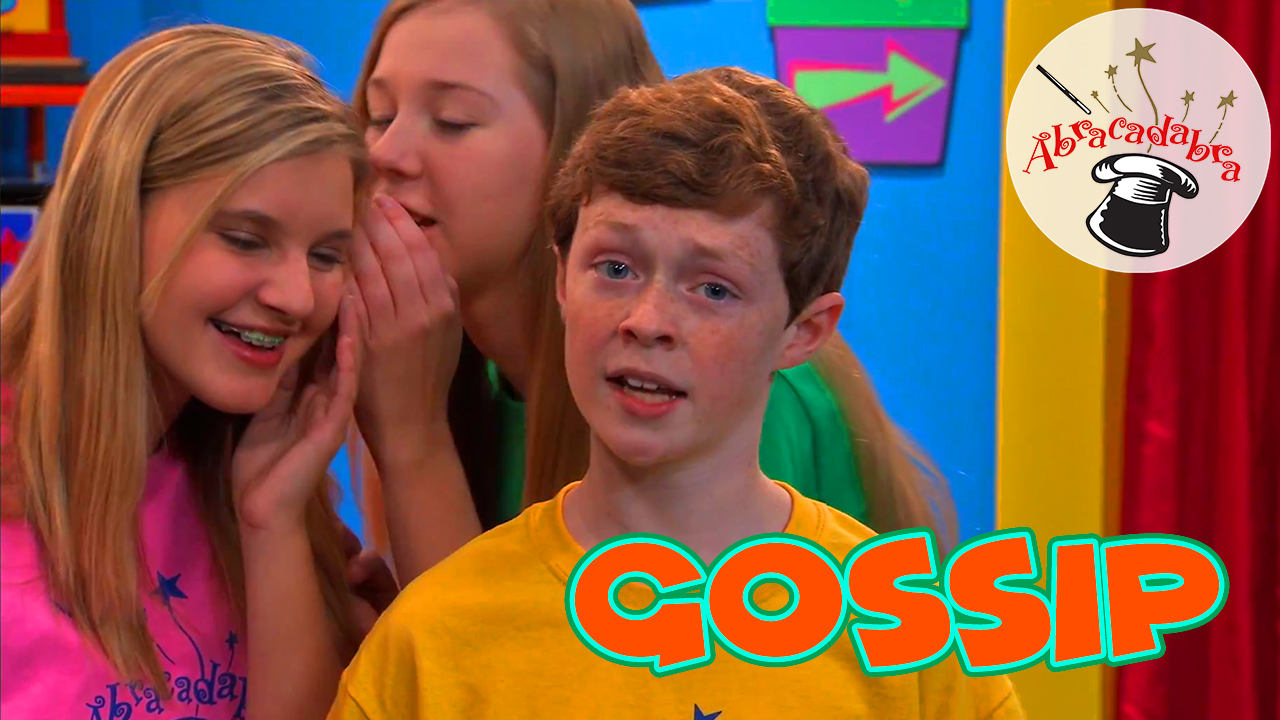 Daisy overhears Mike on the telephone and jumps to the wrong conclusion that he is going to sell the magic shop and leave town without Joey! She spreads the word to the rest of Mike’s friends and the Abrakids. Each time the story is told, something else gets added. In the end, they learn it’s not good to gossip. It can cause a lot of harm. 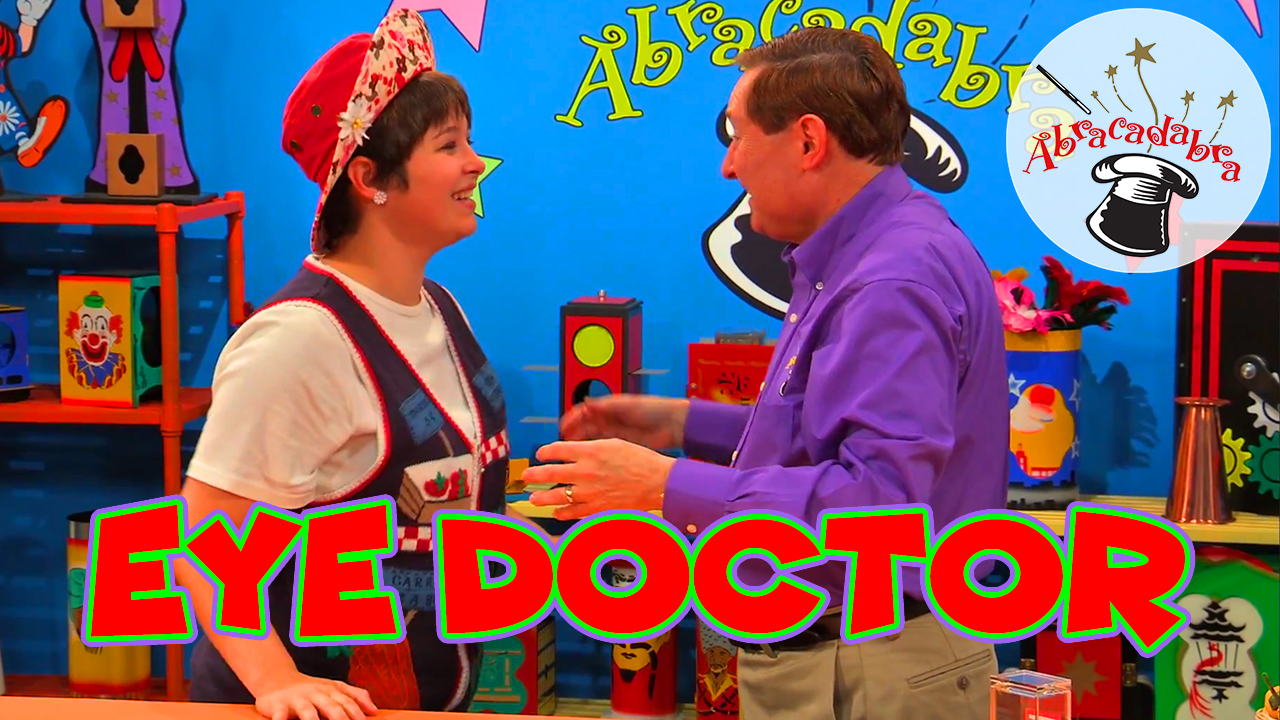 Daisy’s glasses break, but she is tired of being teased about wearing glasses, so she decides she’s not going to the Eye Doctor to get new ones. Everyone tries to make her realize that it is important to see clearly. At last, Daisy gets new glasses and the others learn it is hurtful to tease people and call them names. 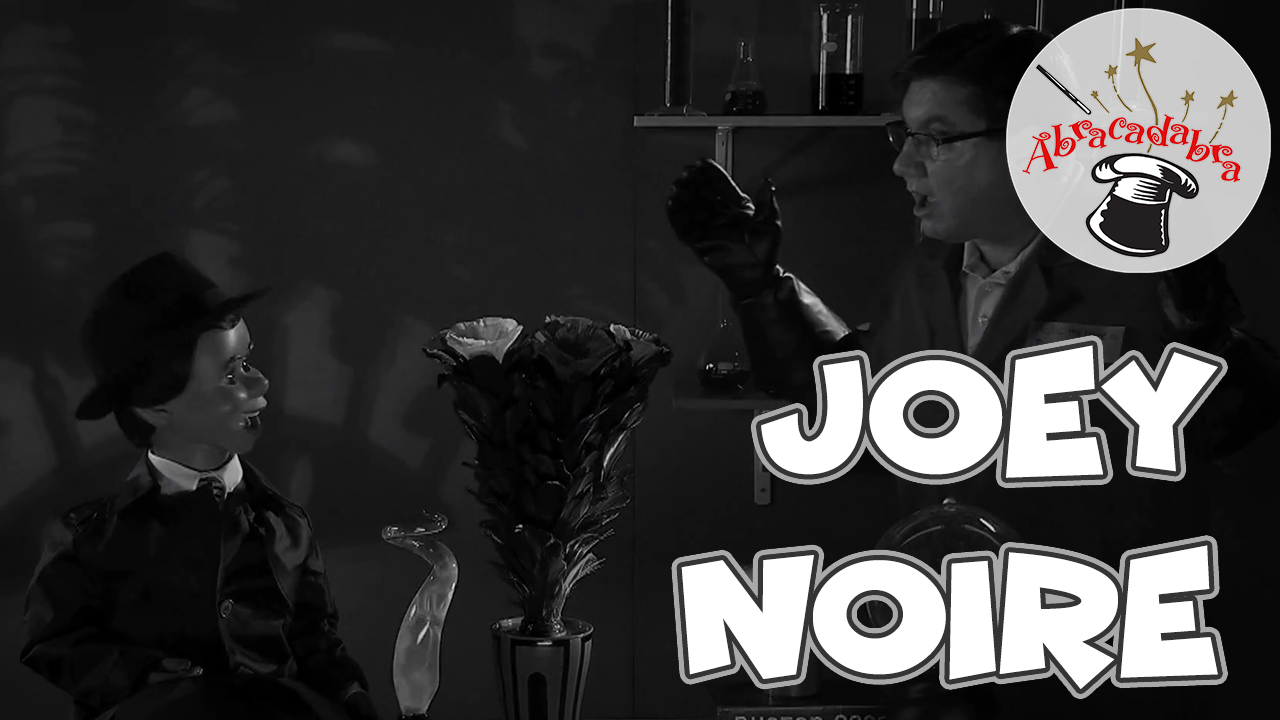 Joey is reading a great mystery book. Daisy is planning to show one of her roses in the flower show and everyone is going to attend. Everyone except Joey…he falls asleep and has a dream where he becomes a detective and helps find a missing rose. Joey’s friends appear as characters in his dream. Along the way, he learns that it takes sunlight, water, and nutrients to grow plants and flowers. The dream sequence is represented as a 1940’s-style black and white movie. 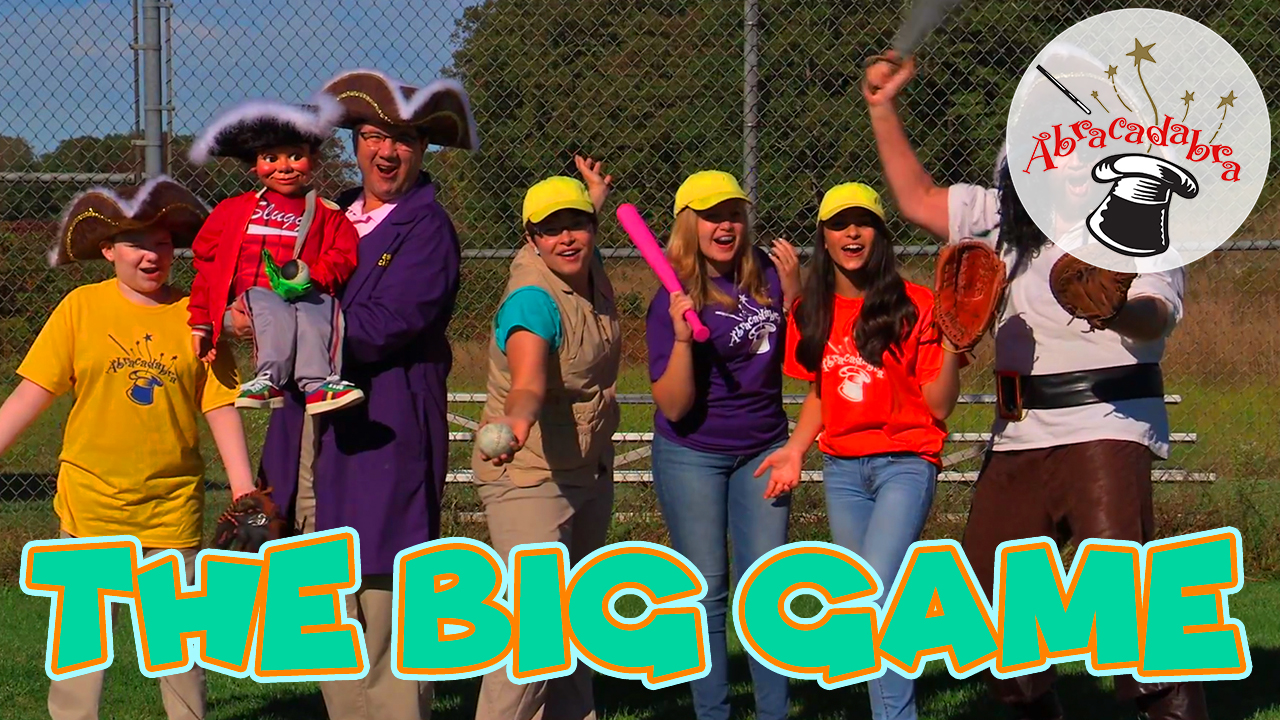 It’s the girls against the boys as they get ready to play the big baseball game. Everyone is playing – except Mike – who was left out! The girls, under the coaching of Daisy, spend lots of time practicing and building teamwork. The boys, under the coaching of Salty, are over-confident and think the game is “in the bag.” Ultimately, everyone learns it takes teamwork to get things accomplished!

308: You can’t believe everything you read on the Internet 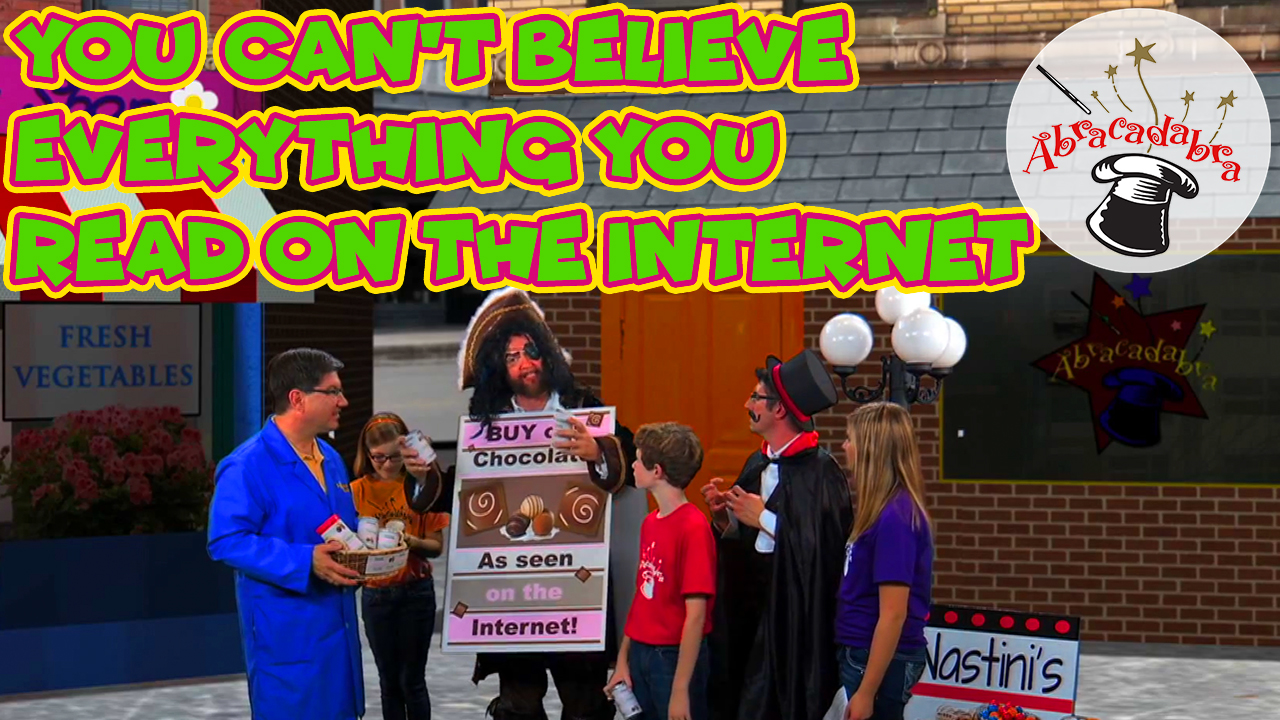 Nastini, hoping to become rich selling candy, places false stories on the Internet, which state eating candy can be healthy. The Abrakids believe the stories. Salty and Professor Science go into competition with Nastini, claiming the Internet says their chocolate is better than Nastini’s. This foils Nastini’s plan. Viewers learn that just because it’s on the Internet, doesn’t mean a story is true. It’s important to double check information. 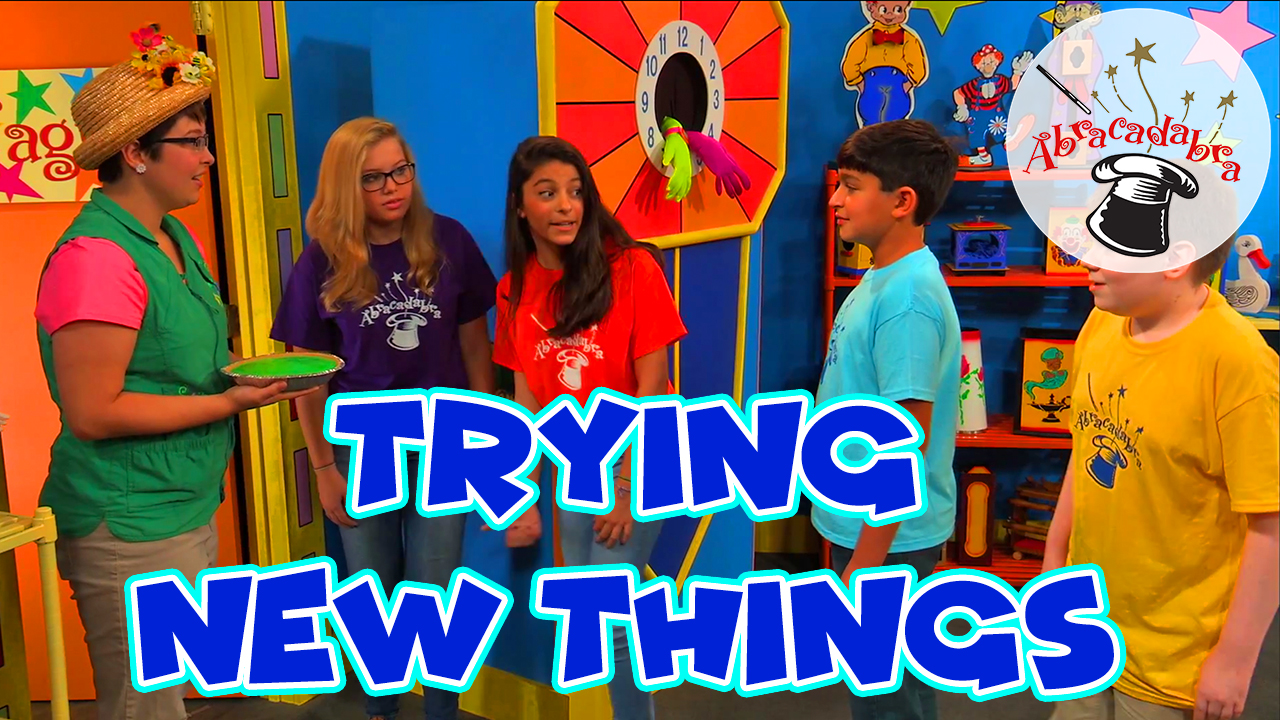 Mike wants Joey to try new foods. At the same time, Daisy bakes a healthy pie made with broccoli, spinach, and Brussels sprouts. Everyone is trying to avoid eating the pie and keeps passing it to someone else! Finally, the pie appears on Professor Science’s lab table and, not knowing what type of pie it is, he tries it. He brings the pie over to the magic shop and tells everyone the pie is delicious. The others try the pie and love it. Mike reminds everyone it’s important to step out of your comfort zone and try new things. 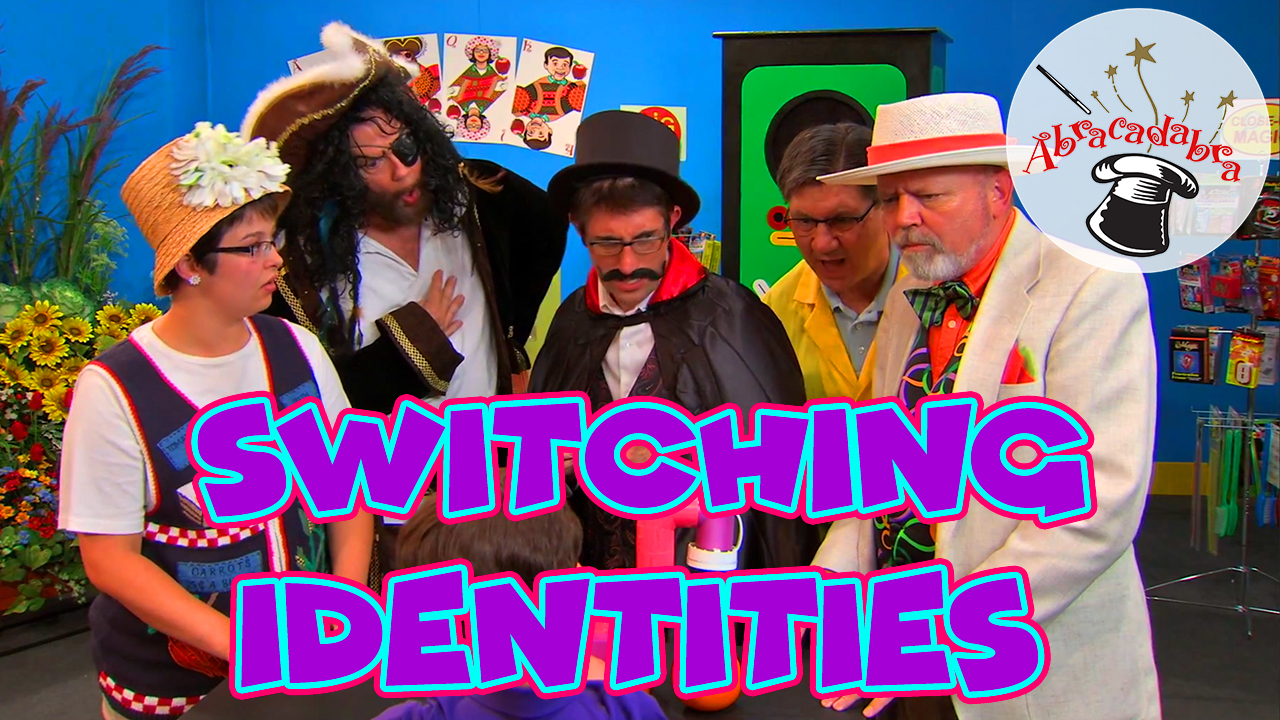 Joey creates a new invention that switches one item for another. While he is showing the device to his friends, Nastini tries to steal the invention and it accidently turns on causing everyone to switch identities. Daisy becomes Salty, Salty becomes Mr. Oops, Mr. Oops becomes Professor Science, Nastini becomes Daisy, and Professor Science becomes Nastini! In the end, Mike helps Joey fix his invention and everyone returns to normal. The lesson? You never know what others have to go through until you walk in their shoes, so beware of judging others. 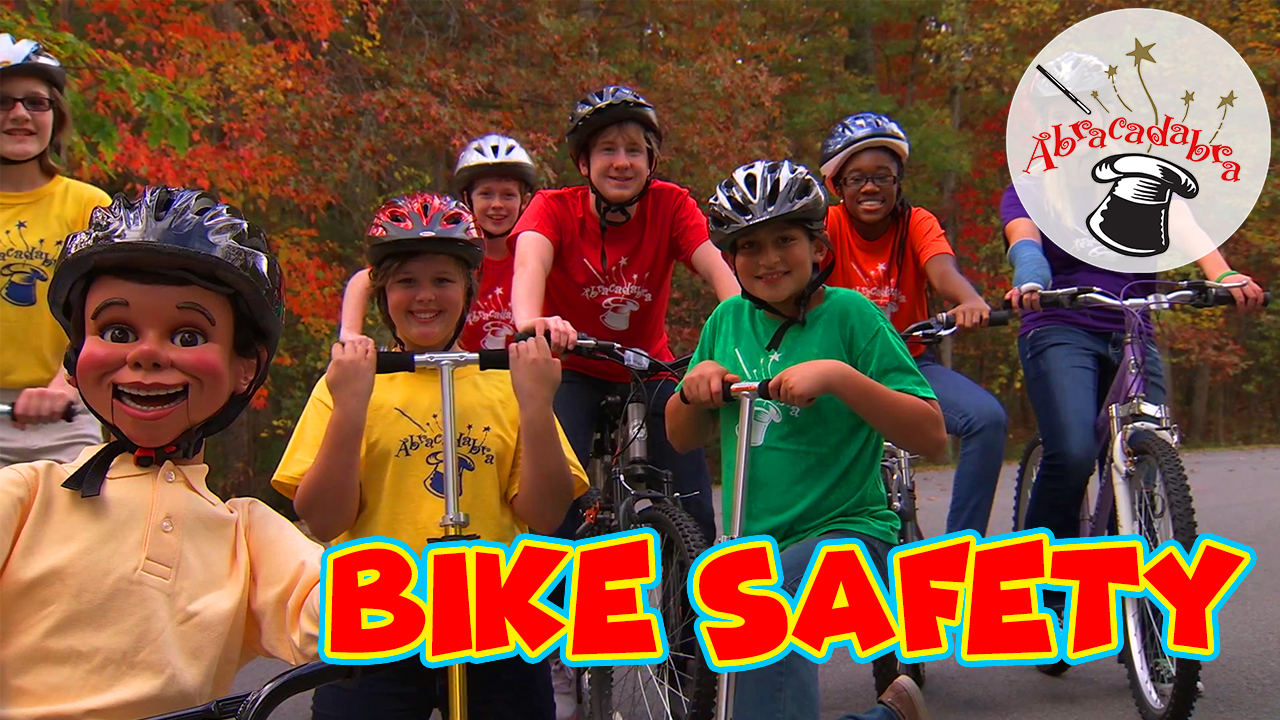 Joey gets a new bike so Mike gets him a new safety helmet. Everyone learns it’s important to wear a safety helmet while doing activities if there is a chance that you could fall and hit your head. Joey and the Abrakids learn about bike safety rules. 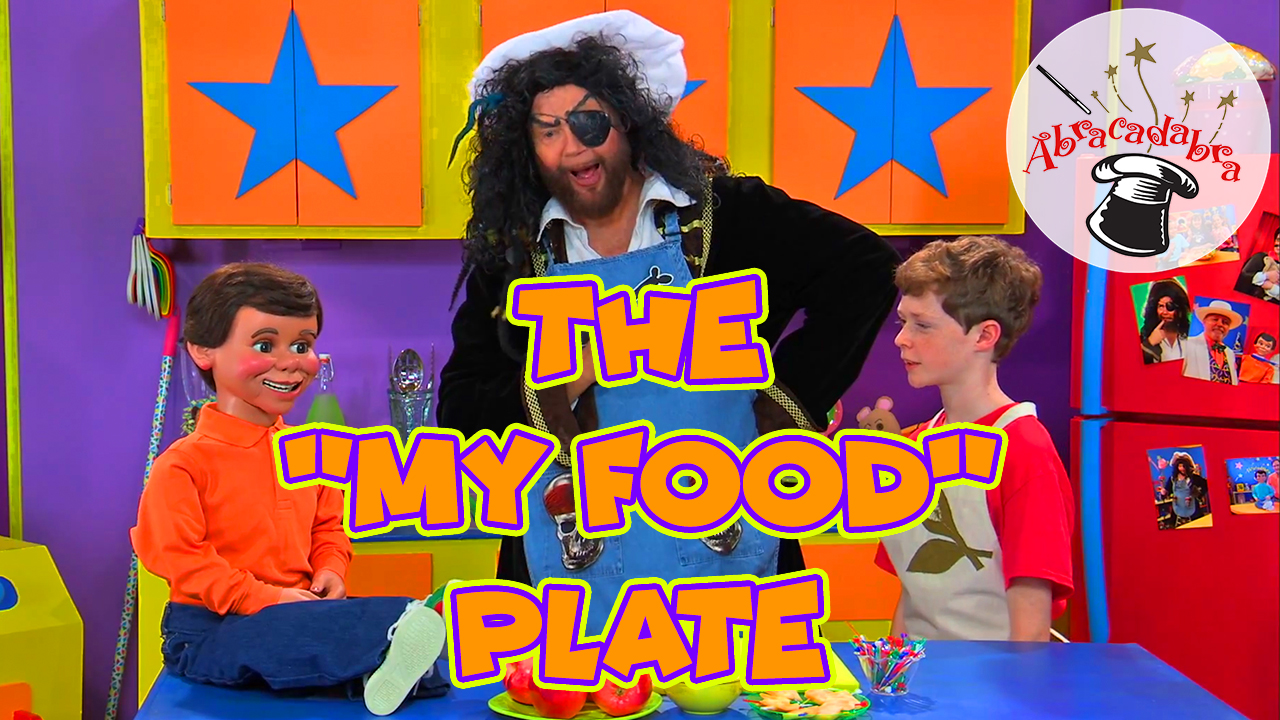 Mike tries to teach Salty about eating foods in proper proportions. The First Lady of West Virginia, Joanne Tomblin, brings Mike a “My Plate” food plate demonstrating how every meal should contain a portion of fruits, vegetables, protein, grains and dairy products. 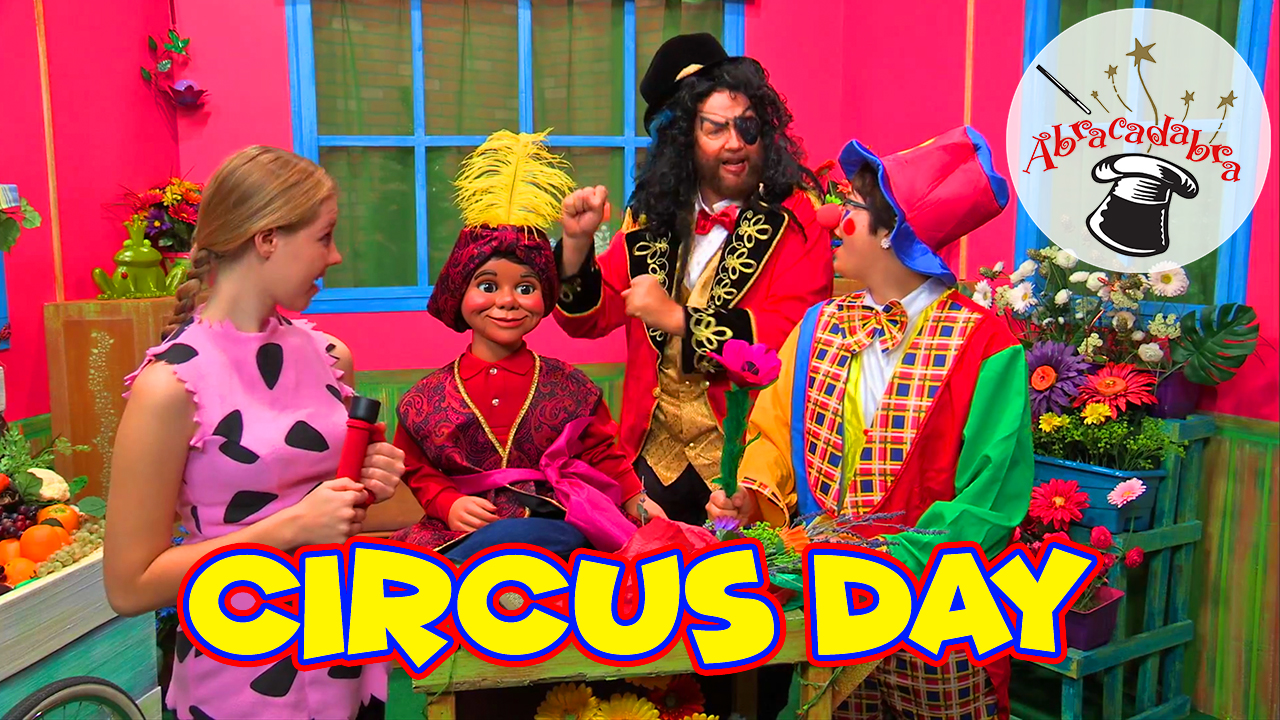 It’s raining, so Joey and DUK decide to put on a circus. Everyone gets involved … everyone, that is, except Mike—they forgot to include him again! Joey is the fortune teller, DUK guesses weights, Salty is the ringmaster, Professor Science floats, and Daisy is the clown! The Abrakids are also involved—Max is the escape artist, and Megan is the weightlifter. Even Clock gets into the act! It’s fun to use your imagination. 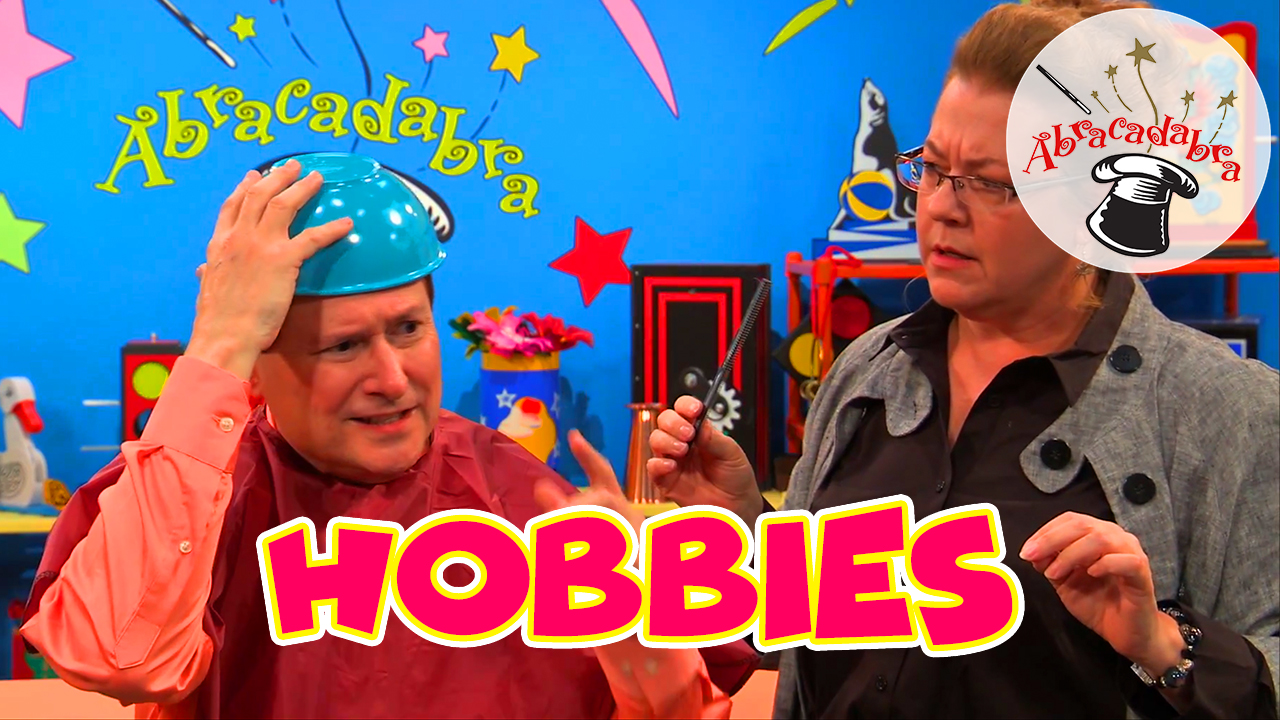 Everyone is showing off their hobbies today. In the meantime, Harriet the Hair Dresser moves into the neighborhood. Joey decides to pull a prank on Mike and gives Harriett outrageous tips on how to cut Mike’s hair! However, Joey’s prank backfires on him! Joey learns two important lessons. It’s fun to have hobbies, and it isn’t a good idea to play tricks on your friends.